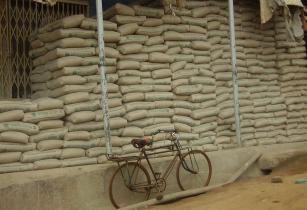 The US$70mn five-year bond will be used to repay short-term loans taken out during the construction of its new clinker plant in Tanga, Tanzania.

Pension funds and insurance companies are expected to take up most of the bond, which will partially repay debts that have grown to more than US$100mn, with Barclays Bank of Kenya, CfC Stanbic Bank and the Standard Chartered Bank Kenya acting as advisers.

The move comes at a time when profit margins in the industry have been under increasing pressure, even as demand for cement rises.

The construction sector grew by 13.1 per cent in 2014 – more than double the previous year – due to major infrastructure projects such as the Standard Rail Gauge, as well as booming real estate growth.

According to the Kenya National Bureau of Statistics, construction accounted for 4.8 per cent of GDP in 2014, with demand for cement in the country growing by 21.8 per cent, to a total of 5.2 million tonnes.

However, high electricity prices – which account for 40 per cent of production costs – coupled with cheap cement imports from India, China and Pakistan have meant the net profitability of local cement firms has hit lows of around 11 per cent, while a recent decision to lower duty on cement imports promises to worsen the situation.