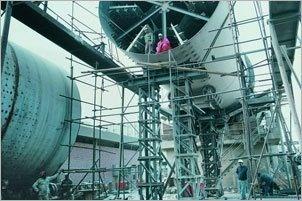 ASEC Holding recently announced that Portfolio Company ASEC Engineering and Management has signed three five-year renewable contracts to provide technical management services for three cement plants. A fourth contract, signed in 2000, has been extended for five years and now runs through to mid-2016.

El-Nahda’s plant, built by China’s TCDRI, has a nominal output of 5,500 tonnes of clinker per day and is scheduled to go into production in the third quarter of this year.

Meanwhile, the SVCC plant has a nominal output of 5,000 tonnes of clinker per day; first clinker was produced on July 7, 2011. ASEC Engineering has been carrying out the engineering work for the SVCC plant since January 2007 and took over the operation and management of the clinker grinding and packing plant in October 2008.

In Assiut, ASEC Engineering will provide technical management to BMIC’s 5,000 tonne-per-day cement plant. Phase one of the agreement, covering clinker grinding and packing, will begin commercial operations in the third quarter of this year; clinker production will begin in the second quarter of 2012.

ARESCO, another ASEC Holding portfolio company, is carrying out $130mn contract to provide the civil, electrical and mechanical work for the BMIC plant’s construction. ARESCO is also carrying out the steel fabrication as well as testing and commissioning on behalf of BMIC. Group companies ASA and ESACO also play roles in the construction, to which ASEC Engineering was the lead consultant.

“These three contracts will see ASEC Engineering conduct the start-up and commissioning works, after which we will take charge of complete plant operations for a period of five years while providing all necessary spare parts and consumables,” said ASEC Engineering Chief Executive Officer Mohamed Galal Yakout.

Each of the three plants will create more than 250 permanent jobs, the majority of which will be filled by members of the communities in which they are based.