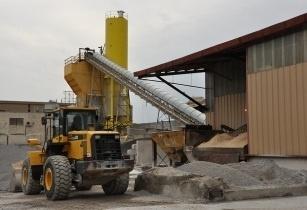 Construction is expected to begin in early 2015 and end in 2017, with the facility set to boost annual cement production in Kenya to five million tonnes.

ARM has also commissioned another cement plant in Tanzania, with a capacity of 1.5mn tonnes in the limestone-rich Tanga region. This plant will allow ARM to access the market in Mozambique and other nations that form part of the Southern Africa Development Community (SADC).

Surendra Bhatia, deputy MD of ARM, said, "We will pursue greenfield development of manufacturing plants with a strategy focusing on increasing cement capacity to five million tonnes per annum."

According to ARM, the high demand for cement has been driven by Kenya's booming construction sector, comprising projects in sectors like real estate, roads, railways and oil, and will be expected to grow in the East African region by five to six per cent annually in the next few years.