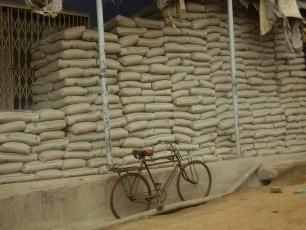 The demand for cement in the East Africa region is expected to grow at an annual rate of 5-6 per cent in the next few years. Growth in cement demand has been witnessed in Uganda, Rwanda and the recovering regions of East DRC and South Sudan.

In particular, with the attainment of Independence in South Sudan, the government has pumped millions of oil dollars into the construction industry, as the country ushers itself to peaces after years of war.

New roads, hospitals, schools and other infrastructure development in form of government buildings have sprung up in Juba, the capital, Rumbek and other towns in the country.

In Tanzania, the construction and housing sector- with a compounded annual growth rate of about 10 per cent- is the main driver of cement consumption.

Most of this has driven demand for cement, further allowing for the growth of cement industries in the country. The current cement production in Tanzania is estimated at 3 million tons per annum against a demand of 2.2 million.

Tanzania's cement production is expected to grow by 18 per cent the end of 2011, well above the region rate of 13 per cent, an Equity Research Cement Sector survey has reported.

Demands in housing sector pushing by the increased middle class has seen development of affordable houses and apartments around urban centres- increasing demand for the cement.

Suburbs of Nairobi and Mombasa have in the last 10 years witnessed phenomenal housing development that have surged demand for building materials including cement.

“We have observed huge demand for the commodity in the last decade. Cement has become one of he fastest moving commodities in our godown”, said Paul Kinuthia, who runs a hardware outlet at Kitengela Township, one of the fastest growing peri-urban regions around Nairobi.

New research by investment bank Renaissance Capital shows that limestone deposits and growing demand in East Africa will drive the profitability of cement companies in Kenya and Tanzania.

Even with this cement demand in the East African Region, it is only Kenya and Tanzania that have the capacity of produce cement for the yawning market.

Uganda, Rwanda, Burundi, Democratic Republic of Congo and South Sudan have no known limestone deposits and capacity expansion will be concentrated in Kenya.

Investment banks estimates that in 2010, Uganda imported 20 per cent of its cement consumption, Rwanda 70 per cent and Burundi close to 100 per cent.

Kenya and Tanzania produce most of the cement in the region, and will benefit from the strong demand from inland countries, noted the Renaissance Capital analysts, projecting demand to rise by two million tonnes by 2015.

“Current production fulfills the existing demand. However, there is a lot of infrastructure, commercial and residential constructions going on across the region which will increase demand” said Moremi Marwa, the chief executive officer of the Tanzania Security Ltd, on the region’s cement situation.

The town of Athi River- about 30 km from Nairobi along the Mombasa Highway epitomizes the region’s cement demand.

With a span of 5 km radius are plants of four major cement companies- Bamburi Cement, East African Portland Cement and Mombasa Cement. All are aimed at partaking the regional cement cake which is expanding by the year.

With the rising demand, existing cement producers have been increasing their capacities or constructing new plants across the region.

"Most of the capacity additions will come from Kenya and Tanzania, and we expect some grinder expansion in Uganda and Rwanda," notes Renaissance Capital research.

The deposits in Kenya and Tanzania are expected to lower the costs of production for the firms, with Athi River Mining (ARM) becoming the largest producer in Tanzania over the next two years.

Bamburi’s present capacity stands at three million metric tonnes per annum. Tororo Cement also entered the Kenyan market in 2009 and now has a production facility of one million tonnes.

National Cement, a subsidiary of Kenya’s Devki Group, has disclosed plans to grow its production capacity six times to 2.5 million tonnes by the end of 2012, making it East Africa's largest producer.

In Tanzania, Twiga and Simba cement have completed their expansion plans adding about 1.4 million tonnes to the industry. Lafarge’s Mbeya Cement is planning to roll out a new investment which will increase capacity by over 250,000 tonnes annually.

India-based Banco Products is investing $65 million in its cement plant in Tanzania, which targets the East African market.