Lafarge Cement to invest US$1.37 billion in Nigerian expansion 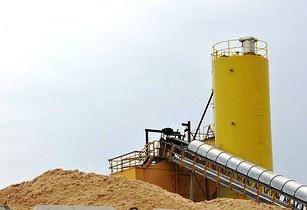 Lafarge Cement Wapco PLC has revealed plans to boost cement production in Nigeria by investing an additional US$1.37bn in the next three to four years

The French company said that it will double capacity of the plants in the west African nation from the current eight million metric tonnes to 16mn metric tonnes within this period.

Guillaume Roux, country CEO of Nigeria and Benin Republic, said that Lafarge had invested more than US$2.75bn in the country since 2008.

The proposed investment will reportedly enable Lafarge complete the expansion of its plant in Calabar and the Ashaka Cement in the country’s northern region.

“We have invested a lot in the country. Between 2009 and 2012 we have invested over US$1.37bn into our operations. We have produced two million tonnes of cement already. We will continue to expand our capacity,” the CEO added.

Lafarge Cement Wapco Plc added that it wants to make a difference in the industry by expanding its coverage nationwide through partnership with locals to help industrialisation.