North Holdings to build US$800 million cement factory in Ethiopia 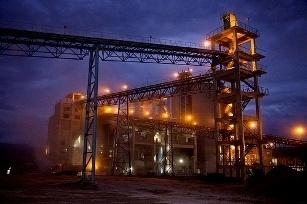 According to the Reporter, North Holdings president, Temesgen Bitew said with two production lines, the factory will have the capacity to produce 8.4mn tonnes of cement.

The project would also include a cement bag factory, a transport company and a coal manufacturing plant in the near-term, taking the company’s total investment to around US$1.1bn in the venture.

The investment company conceptualised the idea for the cement factory in 2006 and recently completed feasibility studies. It has planned to hire Danish contractor FLS to develop the project on a 250-hectares plot.

North Holdings said it will procure a loan from an investment bank based in London for the project. Work onsite is expected to commence in early 2014.

The company was recently awarded a limestone mining licence by the Ethiopian Ministry of Mines, which covers an area of 24,513 sq km, valid for 20 years.