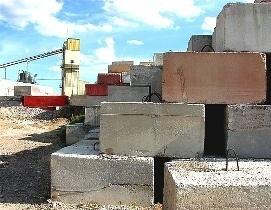 Al Amoudi is the owner of Jeddah-based MIDROC, which owns the Derba Cement Company in Ethiopia. The firm recently set up a US$351mn cement factory in the country.

According to the Ethiopian Radio and Television Agency, Al Amoudi said, “Africa's opportunity lies in collaboration of the private sector with stable and responsible governments like Ethiopia. Continued improvements in the business climate will probably to lead to a great increase in investments.”

The International Monetary Fund has estimated that Ethiopia’s economy would expand by 7.5 per cent in 2014.

Last year, Derba Cement had announced that it would invest US$3.4bn in Ethiopia over the next five years.

Al Amoudi also owns farming businesses Elfora Agro-Industries, Horizon Plantations and Saudi Star Agricultural Development in Ethiopia, which have developed 6,200 hectares of land. These companies have planned to develop an additional 160,000 hectares in Ethiopia over the next three years.

Horizon Plantations has recently purchased three agriculture projects from Ethiopia’s government for US$59.4mn and plans to invest an additional US$21mn in the industry.

Earlier this month, the investor signed an agreement with Jordan’s Hikma Pharmaceuticals to produce drugs in Ethiopia that will be marketed throughout Africa.

Al Amoudi has been ranked the 134th richest person in the world by the Bloomberg Billionaires Index. He is estimated to have US$$8.7bn worth of assets.

The investor has also been ranked the second richest person in Saudi Arabia, after Prince Alwaleed bin Talal.