Savanna Cement to invest US$200 million in clinker expansion 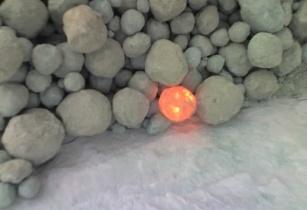 Kenya’s Savanna Cement has announced plans to invest US$200mn in a factory to manufacture clinker, a raw material used in cement manufacture

The move forms part of the company’s US$300mn expansion plan that will also include the scaling up of its production plant. The clinker factory will be expected to be operational by 2017.

Located in AthiRiver township, more than 30km south-east of Nairobi, Savanna Cement has an annual production of 1.5 million metric tonnes and has a national market share of 11 per cent. The company also controls 98 per cent share of the South Sudan cement market.

The new clinker factory in Kenya will be built to help the company boost its abilities to meet increased demand with the boom in real estate and infrastructure throughout the East African region.

A number of cement factories in Kenya have undergone expansion over the past couple of years due to rising demand within the country and throughout the East African market. According to the Kenya Bureau of Statistics, cement consumption grow by 17.2 per cent in the Q1 2014 when compared with the same period in 2013.