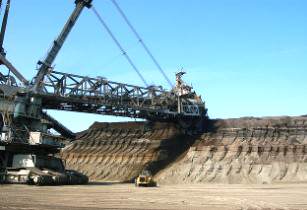 The highest positive growth rates were recorded for iron ore at 38.3 per cent, manganese ore at 20.1 per cent and diamonds at 15.1 per cent, the report added.

According to Statistics SA, seasonally adjusted mining production increased by seven per cent in September 2014 compared with August 2014.

Platinum group metals (PGMs), however, remained a large negative contributor at -4.1 per cent.