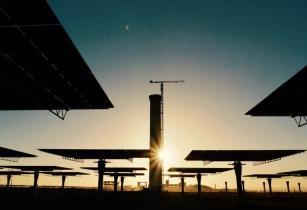 The consortium is led by EDF through its EDF Renewables subsidiary and includes the UAE-based renewable energy company Masdar and Moroccan independent power producer Green of Africa.

The plant will be located 20-km north of the town of Midelt in central Morocco, in the high plains surrounding the Moulouya River and between the Middle and High Atlas Mountains.

Noor Midelt Phase 1 is the third project that EDF Renewables and Masdar will be working on together. Construction on the project is expected to begin in the last quarter of 2019, while energy will be delivered to the grid in 2022, according to a statement from Masdar.

EDF Renewables is a partner in Shua’a Energy 2, the joint venture led by Dubai Electricity Water Authority (DEWA) developing the 800MW third phase of the Mohammed bin Rashid Al Maktoum Solar Park in Dubai, the first 200MW stage of which was inaugurated in April 2018.

Mohamed Jameel Al Ramahi, CEO of Masdar, said, “This project marks a key step in the transition of renewable energy from its traditional peak-shaving role in meeting power demand to becoming a baseload electricity provider in the future.”

“Through a shared commitment to commercialising advanced clean technology with our partners, Masdar is helping to bring another world-first in renewable energy to the Mena region,” Al Ramahi added.

Al Ramahi added, “It is now cheaper to build renewable energy power plants than those based on fossil fuels and this is increasingly evident in the region.”