AEC to host webinar covering the state of African energy 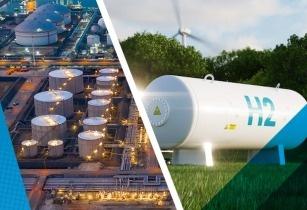 The African Energy Chamber (AEC) has announced the launch of a market-focused webinar taking place on 13 April at 16:00 SAST

The webinar will offer critical insight into regional upstream, midstream and downstream opportunities as well as the various issues facing the African market today. The global energy market is in a state of flux due to the ongoing Russia-Ukraine conflict, lack of investment in oil and gas and energy transition trends. These challenges have led to significant oil price hikes worldwide as well as in African countries such as Nigeria, South Africa, among others. To capitalise on rising prices and increase exports to global markets, countries across the continent are focused on accelerating exploration and production, with major developments such as the introduction of bid licensing rounds in Mozambique, Angola and South Sudan driving upstream activities. On the exploration front, several achievements have already been made in 2022 such as both Shell and TotalEnergies’ discoveries in Namibia earlier this year, emphasising the frontier potential of the southern African country. Additionally, South Africa is progressing in its exploitation and exploration of its frontier basins and government hopes to see similar discoveries made to those in neighboring Namibia.

Uganda and Tanzania have announced the final investment decision for the Lake Albert Development Project - comprising the Tilenga and Kingfisher upstream projects in Uganda and the construction of the East African Crude Oil Pipeline. Among other developments across the continent, this project will position Africa as a top hydrocarbon producer and major exporter. During the webinar, the AEC will address these market changes, providing an update and offering stakeholders with the information they need to make informed decisions this month and for the rest of 2022.

With policies such as the Congo’s Gas Master Plan, Nigeria’s Petroleum Industry Act and Equatorial Guinea’s Hydrocarbon Law making the continent a particularly attractive investment destination regarding gas, Africa is poised to see significant capital flows in 2022 and beyond. Accordingly, the webinar places a focus on gas, with presenters deliberating on how the continent can ensure countries are both attractive and competitive for foreign capital. Specifically, the webinar will feature insights from leading professionals in the African energy space, while making a strong case for natural gas in Africa.

Meanwhile, while continental players focus on attracting investment in key oil and gas projects, the role domestic financing institutions play has been emphasised. In this regard, energy leaders across the continent have called for the establishment of an African Energy Bank.The webinar will discuss how the banking policies, foreign expenditure regulations across the continent impact Africa’s energy growth and what can be done to ensure increased productivity and progress.

Register for the webinar here: https://bit.ly/3LQdhqh