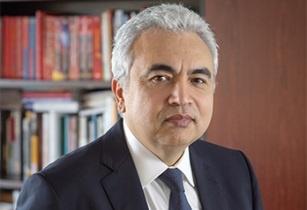 Fatih Birol, executive director of International Energy Agency (IEA) said that the US would meet about two-thirds of global oil demand in about five years, signalling that the US producers would continue to fill the gap left by production cuts from OPEC producers and Russia

Birol said that the US would add about four mbl per day in additional oil in coming years as part of what he called the ‘second wave’ of shale.

Birol also said that another spike in the price of oil, fuelled by production cuts, would see a response from producers in the US, Africa and Brazil.

The US producers began pumping large quantities of oil and gas on the back of cost-effective methods in exploring shale assets, creating a supply glut beginning in 2014.

OPEC and countries like Russia responded with production cuts starting in 2017, which has pushed up the price of oil to US$71 per barrel, the highest in about three years.

Birol also expressed concerns about a lack of investment in the industry and that this could prove to be a major problem in the early 2020s if the situation doesn't change.

He expects investment in the sector for 2018 to be about 40 per cent of what it was before the build up of the supply glut in 2014.