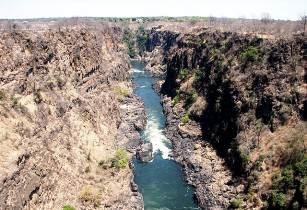 The power generating capacity of the Batoka Gorge hydropower plant is expected to increase to 2,400MW from the originally-expected capacity of 1,600MW

According to Munyaradzi Munodawafa, chief executive of the Zambezi River Authority (ZRA), a recent study revealed that the Batoka Gorge power plant can produce more electricity than previously envisaged.

To accommodate the additional power generating capacity and related infrastructure, a feasibility study would be conducted and a report prepared by May 2015, following which the ZRA would look for developers, said Munodawafa.

The Batoka Gorge hydropower station involves the construction of a dam and hydro plant on the Zambezi River, and the power generated would be shared equally by Zambia and Zimbabwe. The plant would be located 54 km downstream Victoria Falls, northern Zimbabwe.

The cost of the project was originally US$2.8bn but with additional power generation being planned, project officials stated that the revised costs would be revealed after the results of the feasibility study are declared in May 2015.

According to the Zimbabwe Power Company (ZPC), the project will increase the supply of power to Zambia and Zimbabwe, and reduce their dependence on coal-fired power stations.