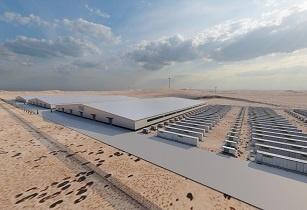 During the Namibian Government’s Cabinet meeting on 12 June 2022, the composition and appointment of the Government Negotiations Team assembled to finalise the Implementation Agreement was endorsed, as well as the proposed timeline of its signature.

The signing of the Implementation Agreement will kick-start the commencement of the front-end engineering and design phase in the development of the green hydrogen project. Hyphen and its broader advisory team are working closely with the Government to ensure that Namibia’s potential as one of the top three locations in the world for green hydrogen production is realised.

CEO of Hyphen, Marco Raffinetti, commented, “We’re very pleased at the commitment and rapid pace of progress that the Namibian Government has shown as we move towards concluding the Implementation Agreement to enable us to start the next phase of the project.

Hyphen is rapidly building its team in Namibia as it looks towards the next phase of development, with the appointment of the new environment, sustainability and governance leader, Toni Beukes, as well as four other Namibian nationals, to ensure that this project benefits the people of Namibia.

Hyphen and the Namibian Government are targeting the commencement of construction in January 2025, with commissioning of the first phase by the end of 2026. The total investment in over both phases is US$10bn, roughly the equivalent of Namibia’s annual GDP.