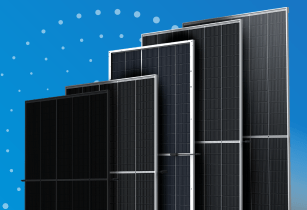 It did so in a workshop titled Ultra-High Power Photovoltaic Technology Contribute to a Low Carbon Future at the BloombergNEF summit in Shanghai in December.

Nextracker is an innovation leader for trackers compatible with high power modules. According to the 2021 PV Module and Inverter Bankability report, published by BloombergNEF, respondents were most concerned about tracker compatibility with the recently introduced ultra-high-power modules. In this regard, Eric Kuo, Director of Technical Product Management at Nextracker, presented extensive compatibility testing and results at the workshop.

In May 2021 the China Photovoltaic Industry Association held an online workshop on module size standardisation at which more than 20 companies and organisations, including Trina Solar, agreed on the overall dimension and mounting hole locations of their 210mm modules. Standardised modules significantly reduce the number of mounting fittings, which makes it easier to install high-power modules at low BOS cost, easing concerns of owners as well as installers.

To ensure full compatibility with high-power modules, global tracker makers such as Nextracker and TrinaTracker have completed a series of functional tests that ensure compatibility and reliability even in severe weather such as hurricanes, hailstorms and floods. In particular, Nextracker has upgraded its trackers to meet the new requirements of frame size, weight and mounting hole positions. With higher driving torque and stronger purlins, the trackers offer higher static and dynamic load, stronger structural support and ultimately perfect compatibility.