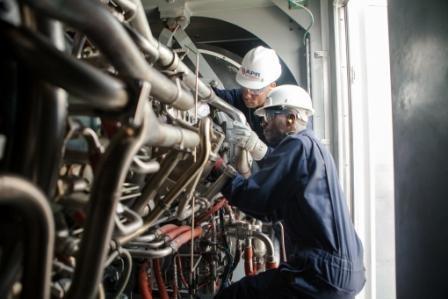 The firm, a leading provider in fast-track mobile turbine power, says the creation of intra-regional generation hubs to power pool with neighbouring countries represent a 'win-win' scenario for Africa as countries such as Namibia, Mozambique, South Africa and Ghana continue to develop crucial infrastructure such as LNG import terminals.

Host countries could benefit from higher export revenues by increasing their power supplies and importing countries would enjoy much-needed electricity without investing millions in building their own power plants.

"We believe this is an extremely viable solution for Africa: countries with reliable access to fuels like LNG or propane can install enough generating capacity to meet their national needs as well as excess capacity that can be wheeled across the grid into neighbouring power pool countries," commented Quinn.

As part of the renewed alliance, APR Energy will acquire new Generation 8, GE TM2500+ mobile turbines and both companies will collaborate on leads for customers searching for interim or rental power solutions.

"Just as significant, the TM2500+ is fuel flexible, with the capability of burning natural gas, propane, diesel or other fuels."

An original agreement between both companies was signed in October 2013 and includes GE's continuation of its supply and services agreement to current and future clients of APR Energy.

Speaking at the time of the announcement, Jeffrey Immelt, chairman and chief executive officer of GE, praised the continuation of the partnership to help deliver turnkey power generation projects to remote locations across the world.

"With this strategic alliance, customers will benefit from APR Energy's expertise and can use GE technology as a bridging solution while their permanent GE power plants are under construction."

Most recently, APR Energy signed a 12-month contract with the Ministry of Energy, Water and Mines in Benin to supply 50MW of power generation using fuel-flexible aeroderivative turbines.

The project, which began in December, is APR Energy's second project in Africa following the commissioning of a US$30mn contract in Egypt to deliver a three-unit 60MW gas-fired plant featuring aeroderivative mobile turbines.

A surge in interest for natural gas projects such as LNG and LPG - which have grown in abundance in recent years in West Africa and the Mozambique andTanzania region -   has fuelled investment from many leading energy and technology firms and increased opportunity for gas-fired generation on the continent.

APR Energy offers advanced GE2500+ aeroderivative turbines that run not only on natural gas, but can switch seamlessly between natural gas and diesel or clean-burning LNG.

The company says this is a significant development given forecasts of an increase in diesel fuel and HFO (residual fuel oil) over the coming years, against the backdrop of an expected stability in natural gas and LPG pricing.

"Since fuel constitutes about 70 per cent of the cost of power generation,  a customer could save millions of dollars a year by opting for fuel-flexible generating technology," APR Energy said in a statement.