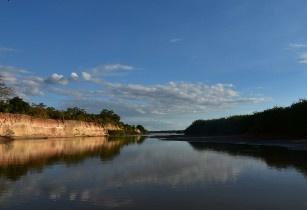 The government officially handed over the area around the 2,115-MW Rufiji hydro project to Cairo-based JV Arab Contractors Company and Elsewedy Electric Company.

“Our envisaged industrial economy needs adequate, cheap and reliable power supply through hydrogeneration. This project has stalled for many years. We will build it with our own money,” said President Magufuli.

The RHPP will cost US$1.38bn and will be completed in 2022. However, shadow minister for energy John Mnyika said the project is expensive and will have an adverse economic impact. He said in parliament that it could take nine to 12 years to build the power plant, contrary to the government’s insistence that it is a three-year project.

“The project is costly and will have an adverse economic impact on the country. The costs are likely to jump from US$1.38 billion to US$9.8 billion as a result of cost overruns,” Mnyika added.

The construction of the facility will involve building the main dam and appurtenant structures, with an expected reservoir length of 100 km, covering an area of about 1,350 sq km. The height of the dam is about 134 m. The dam will be fourth-largest in Africa and ninth-largest in the world.

The power plant being built for Tanzania Electric Supply Company Limited (Tanesco), upon completion, will more than triple the current installed hydropower capacity of 562 MW in the country.