African Union and Reykyjavik Geothermal to drill wells in Ethiopia 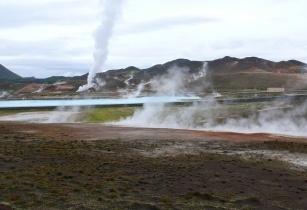 The project comprises the drilling of two wells at the Corbetti geothermal power project. The first phase will cost US$2bn and will result in 500MW of power being brought on line for five years. The second phase will provide an additional 500MW for eight years, industry sources said.

The entire project will cost US$4bn, according to Reykjavik Geothermal.

Officials at Reykjavik Geothermal said, "Ethiopia has a rapidly growing economy. The shortfall in the power sector has been identified as a major impediment to the continued growth of Ethiopia. The untapped geothermal resources of Ethiopia are plentiful and accessible. Developers can quickly improve indigenous infrastructures and boost local economies while utilising environmentally sound best practices and technologies. The project ties with Ethiopia's ambitious plans to become a carbon-neutral economy by 2025."

The grant contract was awarded under the AU-led 'geothermal risk mitigation facility', which is designed to encourage public-private investment and financial support for geothermal exploration in East Africa.

Reykjavik Geothermal has acquired exploration licenses covering an area of more than 6,500-sq-km in the Southern Lakes District of the Central Main Ethiopian Rift Valley. Within this area, the company's scientists have "pinpointed an area of 200-sq-km in which high temperatures of up to 350°C have been identified, indicating a potential of 50 to 1,000 MWe", making it ideal for harnessing geothermal power, the company said.

Reykjavik Geothermal is currently negotiating with the state-owned Ethiopian Electric Power Corporation for a "25-year-plus" power purchase agreement (PPA). Exploration drilling was initially scheduled to start in Q1 2014 and is expected to last eight months.

Production drilling and construction of the first phase is scheduled to start after financial closing in Q1 2015, added the company.