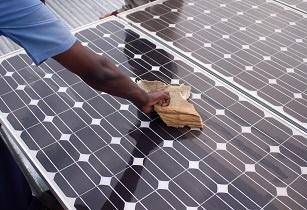 The solar project has been developed by GreenPower Morocco 1, a project company owned by AMEA Power and GPM Holding, and is located in Tangier, a city in northwestern Morocco.

The power plant has a planned production of nearly 66,149MWh of power per year and will supply clean and affordable power to more than 19,200 households.

It will save more than 39,888 tonnes of CO2 emissions annually.

A 25 year Power Purchase Agreement (PPA) has been signed with Amendis, a subsidiary of Veolia Morocco, in charge of distribution of drinking water and electricity. The US$37mn solar power project is financed by Attijariwafa bank, a major local commercial bank.

Hussain Al Nowais, chairman of AMEA Power, commented, “We are delighted to have successfully codeveloped this project with our partner GPM Holding. This is AMEA Power’s first project to reach financial close in Morocco. We have a strong portfolio of solar and wind projects at an advanced stage of development in this beautiful country, a close friend of the United Arab Emirates.

“Having succeeded in positioning itself as a world leader in renewable energy, Morocco remains a strategic market for AMEA Power. We will continue to deploy all means, as an international renewable energy developer, to support the country in achieving its target to increase its renewables share to 52% by 2030.”