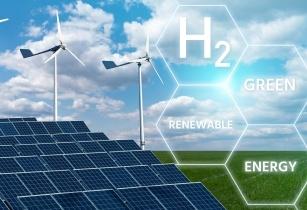 The series of projects announced in Egypt over the past three months has captivated foreign developers, highlighted the country’s potential, and came as the country gears up to host COP27 in 2023

Egypt’s pipeline for green hydrogen projects stands at 11.62GW, equivalent to over 1.57mn tonnes of green hydrogen, ranking the country in the top three green hydrogen pipelines globally, after Australia and on par with Mauritania

The estimated cost for these hydrogen projects alone, without additional infrastructures, will be around US$20bn. The projects are expected to come online before 2035, according to Rystad Energy research.

The interest shown by international developers in Egypt is due to some favorable factors including the country’s location, natural gas infrastructure, liquefaction facilities, bunkering market, and marine ports, as well as its high solar and wind potential. Egypt is also close to markets like the European Union and the Middle East – regions set to see a huge demand for hydrogen in the coming years.

The government of Egypt plans to release a US$40bn national hydrogen plan in the coming months, recognising the importance of production, storage and export/import of green hydrogen and ammonia under its economic development strategy and allowing for state support and tax incentives. The process of establishing, operating, and managing hydrogen projects has been simplified, requiring a single permit, which means less red tape.

“Egypt has all the prerequisites to become a green hydrogen giant – fantastic renewable potential, space for mega projects and construction expertise. The US$40bn in planned investments by the Egyptian government demonstrates commitment and will bring further foreign investment. Sitting between three continents and with the Suez Canal carrying approximately 12% of all the seaborne freight in the world, Egypt can supply renewable energy near and far,” commented Minh Khoi Le, head of hydrogen at Rystad Energy.

This plan would be a huge development for Egypt’s green hydrogen economy. The upcoming legislation will enable green hydrogen and ammonia plans, and with the over 11GW of projects already announced, Rystad Energy expects a huge inflow of foreign investment into the country. Several feasibility studies and MoUs between Egyptian state entities and leading international ammonia and hydrogen market players for the development of green ammonia and green hydrogen have been reported in 2021.

Major announcements made this year include French utility EDF and ZeroWaste, a UAE-based project developer, which signed an MoU with Egypt's Suez Canal Economic Zone (SCZONE) to produce 350,000 tonnes of green fuel annually in the Ain Sokhna region for ships, vessels, and tankers crossing the Suez Canal. The project’s first phase will produce 140,000 tonnes of green ammonia using close to 25,000 tonnes of green hydrogen from desalinated seawater and renewable energy as feedstock. Commissioning is scheduled for 1Q 2026.