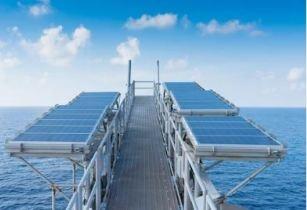 The GPM-65 Solar-Hydro System will occupy approximately 350,000 sq m of water space close to the Hydro dam vicinity. The solar-hydro system will be incorporated with G8’s marine engineered mooring and flotation technology to cater to different depth variations of the dam throughout the year. The system will feature an advanced power management system with an optional energy storage system (ESS) to integrate the function of solar power and hydropower generation.

G8’s management, together with local joint venture partner, conducted a site assessment of the hydro dam facility to initiate logistics and project preparation with West Africa Power Authority operations team. The system is part of an extension to a present five megawatts system and is targeted to be commissioned by third quarter 2023.