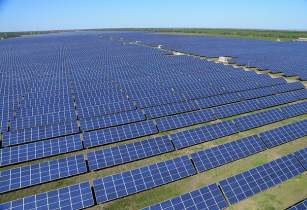 The plants would have a combined capacity of 231MW and installed in the Northern Cape Province, Western Cape Province and Limpopo Province. The three plants are located in Aurora, Tom Burke and Paleisheuwel. Solar power generated by the three PV plants will be sold to South African power utility Eskom based on erstwhile power supply agreements made by EGP.

The 82.5MW Aurora PV plant, located in the Northern Cape Province, is expected to generate more than 168 GWh of solar power per year. The output corresponds to the annual energy needs of around 53,000 South African households.

The Paleisheuwel PV plant, in the Western Cape Province, will have an installed capacity of 82.5MW and generate more than 153 GWh of solar power per year, sufficient to power nearly 48,000 South African households.

The 66 MW Tom Burke plant, located in the Limpopo Province, will be able to generate up to 122 GWh per year.

The contracts were awarded by EGP in the third phase of the Renewable Energy Independent Power Producer Procurement Programme (REIPPPP) tender held by the South African government in October 2013.