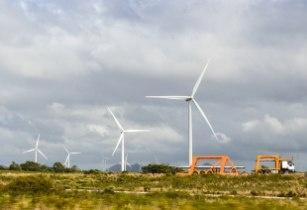 South Africa’s Loeriesfontein and Khobab wind farms have announced the commencement of their 20-year commercial operations, with a generation capacity of 140MW each

Situated in the Northern Cape of South Africa, which has one of the highest volumes of renewable energy utility power plants in the country, these sister wind farms comprise a total of 122 wind turbine generators, spanning 6,653 ha.

Speaking about the growing demand of renewable energy programme in the country, Sylvia Lucas, Premier of the Northern Cape, said, “Renewable Energy Independent Power Producer Procurement Programme (REIPPPP) is a priority programme for the province and proves to be a game changer. This is a sector that can assist government to radically transform the economy.”

“To date, more than 60 per cent of South Africa’s Independent Power Producers have been allocated to the Northern Cape. Through this we are able to attract local and foreign investment to, not only the Province, but the country at large. The attraction of these investments places us at the forefront of the Renewable Energy Industry,” she added.

The two sister farms are owned by a consortium led by Lekela Power, which provides clean and renewable energy across South Africa.

“This is an important milestone for Lekela and its partners. We are pleased to have added more than a million megawatt hours of clean, renewable energy each year to the country’s national grid, avoiding an estimated 22mn tonnes of carbon emissions over the lifespan of the projects, when compared to traditional fossil fuel power plants,” said Chis Antonopoulos, CEO of Lekela.