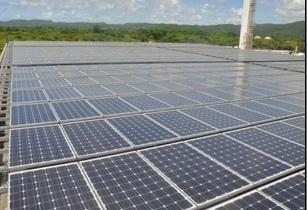 The project, with a production capacity of 8.5MW, has commenced testing, stated local reports. Dutch company Gigawatt Global is the developer of the project, while Norwegian firm Scatec Solar has agreed to operate and maintain the plant.

Scatec Solar signed a deal worth US$23.7mn to finance the solar project. The Norwegian company will handle the engineering, procurement and construction (EPC) of the project, and Remote Partners would manage and support the initiative locally. The project has been funded by Norfund (Norwegian Investment Fund for Developing Countries) and KLP.

Once completed, the plant would increase Rwanda’s power production capacity by nearly eight per cent. Currently, less than one in five homes in the country have access to power.

Silas Lwakabamba, minister of infrastructure of Rwanda, said, ”Generation and provision of electricity to all Rwandans is a priority for the government. This initiative to produce 8.5MW of clean energy is an important addition towards closing Rwanda’s current energy gap.”

Rwanda hopes that nearly 50 per cent of its population can access power by 2017. This means, it would have to increase its capacity to 560MW from the present 110MW. Government officials added that they are encouraging private sector involvement and private-public partnerships (PPP) as part of their development policy. Solar energy is an important part of Rwanda’s plan to boost power production.