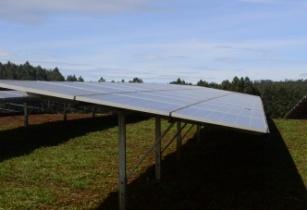 The 1MW solar plant will be expected to reduce Williamson Tea’s energy costs by 30 per cent by supplying solar power to production facility. The project was designed by UK-based Solarcentury and developed by solar specialists East African Solar and Azimuth Power.

Dan Davies, director for Solarcentury in East Africa, said, “We applaud Williamson Tea for investing in solar to support the company’s sustainable business growth. In a country blessed with plentiful irradiance and land space, solar is a perfect solution and reduces dependence on fossil fuels while improving energy security.”

Williamson Tea’s solar farm will work in parallel with the national grid, reducing the amount of grid electricity imported. When the grid is down, the solar power system will work with standby diesel generators, with the project's design making it the sixth solar plant of its kind globally, according to Solarcentury.