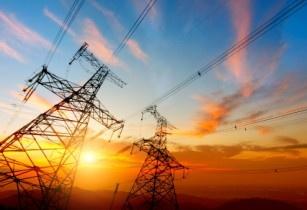 The two countries will use the loan to support their efforts in constructing the 400 kV line and several substations along the way to allow them to trade in power.

The Japan International Cooperation Agency (JICA) also announced that it will co-fund the project, which is expected to improve regional power connectivity as the East African nationals further their integration.

Currently, a Kenya-Uganda transmission line exists while the 1,100 km, 500 kV line with Ethiopia is underway.

The Kenyan government aims to add 5,000 km power lines to the existing 3,800 km in two years and connect more people. Only a third of Kenya’s population is currently connected to the national grid.

Tanzania plans to double its generation capacity to 3,000MW by 2016, the Tanzanian government said.

“We are coming up with a programme on how the rights issue will be handled. We have received approval from the government which owns 70 per cent stake in Kengen,” said Albert Mugo, the company’s managing director.

With the local economy growing at six per cent in the 2015-16 financial year, demand for reliable energy has been rising among investors.

The 560 MW Ol Karia Geothermal power and the 100MW Meru wind farm projects are lined up for funding after the rights issue.

In the last few years, Kengen has been investing heavily in renewable energy sources notably geothermal, solar and wind.

For instance, the recent commissioning of two World Bank funded plants, Ol Karia I and Ol Karia II, both with a 280MW capacity has increased geothermal power contribution to the national grid to 51 per cent. The country now plans to increase geothermal capacity by another 460MW.

Geothermal has surpassed hydropower as the country’s main source of energy, reducing the cost of power in recent years.

“As a result of investment in geothermal power since August 2014, the cost of power to industrial and domestic consumers has fallen by more than 30 per cent,” observed Mugo.

Kengen recently invested US$50mn in wind energy, upgrading its Ngong Hills plant with the installation of six new turbines to produce an additional 20MW of power.