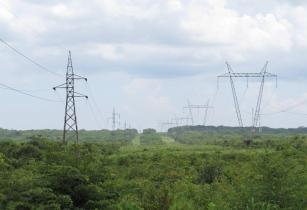 The Zambia Electricity Supply Commission (ZESCO) announced yesterday that they had awarded the deal to the South Africa-based firm to provide engineering, design and construction supervision services for the Lusaka Transmission and Distribution Rehabilitation Project.

The US$200mn project, which is being funded by the World Bank, will aim to boost the capacity of the city’s grid, with the Aurecon team tasked with identifying ways to maximise the benefits of the upgrade.

Anton Harmse, the leader of Aurecon’s project team, said, “We are excited to work with ZESCO to increase the capacity and improve the reliability of Lusaka’s electricity transmission and distribution system for the community.”

“The creation of this transmission and distribution infrastructure will ensure the long-term sustainable operation of the network,” Harmse added.

Africa is in the midst of what many are calling a “power crisis”, with around 650mn people in sub-Saharan Africa living without access to mains electricity.

The World Bank claims that between 6 and 7GW of additional power will need to be installed annually in Africa to achieve universal access to electricity by 2030, and Zambia is no exception.

The Zambian capital is regarded as the second fastest growing city on the continent, with demand for electricity now outstripping supply after growing at an annual rate of six per cent for the last decade.

The project being carried out to upgrade the grid is due for completion in 2019.