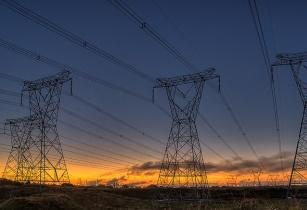 The company’s chief technology officer James Agada said that the system could detect theft and inform power companies of the precise location within three minutes, enabling operators to reduce losses by up to 80 per cent.

Agada said, “This system uses distributed microcomputers mounted on pole top units, continuously applying Kirchokoff’s laws of electricity flow to determine when the energy flows do not balance and using that to detect energy losses.

“The new solution was far cheaper and more robust than the ‘smart metre and super computer combo’ being promoted by most other vendors,” he claimed, adding that existing systems often cost more to operate than the thefts they are able to prevent.

Power theft is a major problem in Nigeria, contributing to commercial losses of up to 75 per cent in places and proving a major obstacle to the provision of a constant supply of power.

Agada added, “The deliberate stealing of electricity is widespread and happens through various schemes including direct connection to the overhead low tension distribution cables, bypassing the metre so that only a small load is connected to it while the rest are connected directly to the supply behind the metre or tampering with the metre to make its reading inaccurate.”