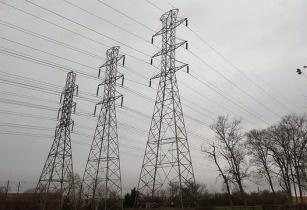 Gambia and Senegal signed a memorandum of understanding (MoU) for a cross-border electricity initiative, which will strengthen energy cooperation between the two west African countries

The Point reported that the power purchase agreement will connect cross-border points at Keur Ayib, Karang and Tamba Kunda areas.

This power purchase agreement will be presented for approval by their respective boards for final signature.

The source also reported that the deal is aimed to ensure SENELEC supply between three megawatts to 10MW of electricity to the NAWEC, with expanding the supply as the as the capacity of the network grows.

Through this initiative, most parts of rural Gambia are expected to have a continuous access to electricity, meeting a significant milestone of Gambian government’s rural electrification programme for rural development.

Recently, a team of officials led by Fafa Sanyang, petroleum and energy minister in Gambia, went for meeting with their Senegalese counterparts in Dakar.

During the meeting with Mahammed Dione, prime minister of Senegal, Sanyang briefed him about Gambian government’s aspirations of sector-wide cooperation between the two ministries of energy and petroleum, aiming to bring power and energy for the citizens of Gambia.

According to Sanyang, the objective of the meeting was to align policies and regulations of the two countries in order to build up a strategic relationship that will mutually defend the economic interests for both the countries.

Commenting on the MoU agreement, Dione confirmed that the Senegalese government will be providing full support to Gambia government.

He further urged officials on both sides to take necessary steps for the implementation of the cross-border electricity agreement through the diplomatic channels, said the source.