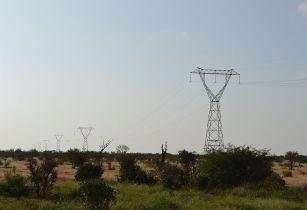 Kenya Power has unveiled a US$195.3mn plan to reinforce Nairobi's electricity network and reduce the frequency of outages that affect the metropolis

Under the new plan, the power company will build 10 new sub-stations and more than 400km of distribution and alternative supply lines to enhance stable and reliable supply in the city, which accounts for more than 53 per cent of the nation’s power consumption.

Automation of the metro-grid and installation of a smart automatic changeover will also help transfer customers to backup supply lines.
In the last decade, Nairobi Metropolis has expanded to include satellite towns such as Ngong, Kitengela, Ruiru, Limuru and Machakos, making it the biggest urban region in the East African Community (EAC).

Data from the public utility indicate that demand for power in the metropolis grew to 3,268 GWh in the year ending June 2012.

The project will be funded by the International Finance Corporation (IFC) with an initial US$49.4mn already advanced to the power firm for the first stage of the project.

“The projects will help improve quality of power and stabilise voltage to cope with additional demand. It will also bring much needed relief to customers through reduced outages and lowering of technical losses”, observed Joseph Njoroge, CEO of Kenya Power.

The credit line is part of the first tranche of US$198mn IFC will advance to the company to upgrade its systems to boost electricity access from the current 2.1mn to more than 3mn households by 2015.

Meanwhile, Kenya Power has said it has plans to increase the number of pre-paid meters by 520,000 over the next nine months at a cost of US$59mn, in an attempt to cut the risk of consumer default.

Currently, the unpaid bills portfolio has risen to US$87mn in the year ending June 2011, compared to US$61mn in the previous year.

Since 2009, the company has installed 174,810 such meters, which applies to an estimated 8.2 per cent of its 2.1mn customers. Experts have claimed that this billing system would reduce customer default on bills and remove the need for meter readers.

When the new system is rolled out, the company plans to move outside urban centres, such as Nairobi, Mombasa, Kisumu and Nakuru and into rural areas, it said.

The new system is also expected to reduce pressure on the wage bill as the company lays-off meter readers.

The plan to connect 520,000 households to pre-paid metres is part of an effort to create new jobs as the power firm taps into agents. These agents will sell top-up cards to power users for the pre-paid metres.

Currently, the company has 10 third-party vendors and 12 vending units. The company plans to recruit an additional 100 vendors and three 'super vendors' who will act as wholesalers.

The high economic growth experienced in the last decade, has led to the company to connect 200,000 new customers annually through the Rural Electrification Programme, which has underscored the need for better billing systems.

At the same time, Kenya Power has begun replacing the wooden power posts with concrete ones in areas such as slums and swamps, which are prone to fires, water and termite attacks.

According to company officials, while the concrete posts cost 33 per cent more than traditional wooden posts, and last for more than 60 years, compared to wooden posts which only last for 30 years.

Each concrete post costs US$188 with the company initially planning to install 21,950 poles. So far, 10,000 wooden posts have been replaced.

“It is a green strategy to reduce over-reliance on wood and also offers an option for lower transmission costs,” said Njoroge.

The move to concrete posts has been received badly by tree farmers who have generated US$35mn through the sale of posts to the firm and other organisations.

The company buys 25,000 poles monthly, with 13,000 coming from local farmers. The rest are imported from South Africa, South America, Tanzania and Zimbabwe.

Agroforestry experts, however, are not worried by the power utility move.

“This is a short-term measure. Concrete can only be reproduced in factories-it is energy intensive and the number of poles they need is very high,” noted Phanuel Oballa, the national coordinator of the Agroforestry at the Kenya Forestry Research Station (KEFRI).