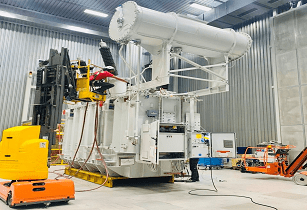 With a significant deficit between grid power generation, distribution and consumption, Nigeria is undertaking a bold restructuring initiative to transform the country’s power system

It has now been four years since the Nigerian Government recognised its grid was in serious need of an overhaul owing to a serious imbalance between power generation, evacuation, dispatch and consumption.

With around 15GW of grid power generation capacity installed but only 5GW operational capacity (according to a peak capacity recording in February 2018), the Presidential Power Initiative (PPI) was subsequently established between Nigeria and Germany during a visit by the then German Chancellor Angela Merkel. Together, the two countries agreed to resolve the challenges in the country’s power sector and expand the capacity for future power needs. While this task can be summarised quite simply, it was (and remains) by no means an easy feat.

In a whitepaper composed by Siemens Energy (which was present at the establishment of the PPI and brought on to assess and implement the project) Nigeria’s power systems are constrained by partly idle assets, bottlenecks within the transmission and distribution grid and defective connections within key substations.

It identified the immediate need to redress these issues, upgrade the existing control centre, train personnel to enhance the quality of operations and improve revenue collection through smart metering systems. These would be delivered through three stages:

In the latest issue of African Review, Oladayo Orolu, head of business development and government affairs at Siemens Energy, explored the project and its progress in more detail. Read the full interview here.