World Bank: How to boost to private sector investment in Africa's transmission sector 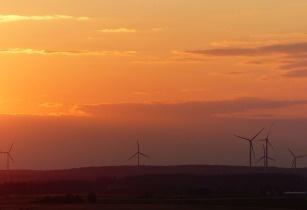 Africa lags the rest of the world when it comes to electricity, with just 35 per cent of the population with access to power and a generation capacity of only 100 GW. Those who do have power typically consume relatively little, face frequent outages and pay high prices.

Alongside generation and distribution, improving and increasing transmission infrastructure is key to closing the access gap. So far, transmission in Africa has been financed from public sources and new models of financing involving the private sector have received insufficient attention from policymakers or financiers.

“Private finance has supported the expansion of electricity transmission infrastructure in many regions of the world and the same can happen in Africa.  To attract private sector investment, however, governments need to adopt policies supportive of this strategy and establish the right business, regulatory and legal environment to sustain investor interest,” said Riccardo Puliti, Senior Director and head of Energy and Extractives Industries at the World Bank.

Estimates of annual investments required from 2015-2040 to expand the transmission network range from US$ 3.2bn to US$4.3bn. These investments are critical to delivering cost-effective power to households and industries.

The study provides a set of recommendations for countries to adapt to specific local conditions and lists 10 steps to get there, including the right legal and regulatory framework, new models for concessional lending, competitive tender processes, adequate revenue flow and credit enhancement for projects, or tailored IPT projects to attract international investors, to name a few.

View the literature around the report from the World Bank Group here.