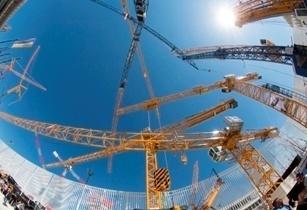 The success of machinery trade fair bauma, which has been taking place in Munich this week, has given a timely boost to the African machinery and equipment market ahead of the launch of sister show bauma Africa in September 2013

Visitors to the Munich trade fair, which runs from 15-21 April 2013, have witnessed a large number new machinery launches with the likes of Atlas Copco launching five new products for underground construction and mining applications at the show, and Goodyear launching the Goodyear EV-4C, a new radial tyre for industrial applications.

In the meantime, preparation for the first bauma Africa has accelerated with the show getting bigger. More than 400 exhibitors have already signed up to the show, which will run from 18-21 September 2013 in Johannesburg. Messe München International, organisers of the show, had originally made preparations for hosting 200 exhibitors.

Hermann Schrattenthale, sales director for Africa and Middle East at BAUER Maschinen GmbH, said recently, “As a way of further strengthening the up-and-coming market in southern Africa we very much welcome this trade fair based in the region, and we are already looking forward to a successful presentation there.”

In total, there will be nine country pavilions at the African event from Austria, China, Finland, Germany, Great Britain, Italy, Korea, Northern Ireland and Spain.

Wacker Neuson head of corporate marketing, Stefanie Herr, added, “Wacker Neuson has long had its own sales affiliate in South Africa, but we never had the chance of presenting the broad range of products and services to a large number of visitors there.

"We are looking forward to doing that now and meeting customers from the other countries of the African continent.”