‘Africa needs to accelerate the implementation of infrastructure projects’ 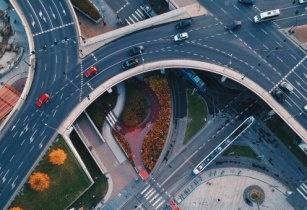 Accelerating solutions to Africa’s infrastructure gaps must be taken seriously if Africa is to realise the aspirations of its people as enshrined in the continent’s blueprint for development, Agenda 2063 and the global agenda for sustainable development

This was the conclusion reached by ministers and delegates attending the fourth Programme for Infrastructure Development in Africa (PIDA) in Victoria Falls, Zimbabwe, United Nations Economic Commission for Africa (ECA) said in a statement.

Zimbabwe’s state minister for Matabeleland North Province, Richard Moyo said the acceleration would add impetus to the continent’s integration process. “We need to have the right infrastructure mix and align our national infrastructural projects to the PIDA programme for collective gain,” he added.

NEPAD CEO, Ibrahim Assane Mayaki stressed the need to, “continue holding a constructive dialogue with all the partners, including the private sector so that we can deliver concretely.”

European Union and GIZ representatives, a major partner to NEPAD and its PIDA, also spoke in support of Africa’s quest for an integrated infrastructure network.

“Big change is on the way for Africa through PIDA and we have to stay the course. Huge investments are required for it to become a reality. We as GIZ are with you. There are huge opportunities in terms of human capital as well for the continent at all levels,” commented GIZ African Union Office Director Inge Baumgarten.

The meeting noted the need to increase construction projects from 32 to 50 per cent if Africa is to achieve its developmental aspirations. Furthermore, the continent should create an enabling environment for the private sector to have space to buy into the continent’s vital priority projects, the statement added.

There was consensus on 'bankable and smart infrastructure with a cross border orientation', which would propel socio-economic growth. Governments have been urged to proactively involve all stakeholders, and especially local communities, in order to make the projects inclusive and to provide real development opportunities.

They pledged to launch and use the PIDA Job Creation Toolkit as a part of the package and means to convince relevant stakeholders, including financiers and development partners on the benefits of major PIDA priority projects in the construction phase.