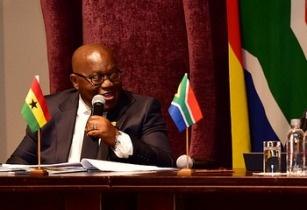 Mining in Ghana continues to play a critical role in the country’s socio-economic development, with minerals accounting for 37 per cent of total exports.

Large scale miners and artisan miners are the two main players in the industry, which represents five per cent of the GDP.

The major gold producing companies in Ghana are Gold Fields Ghana, which operates mines at Damang and Tarkwa, AngloGold Ashanti which has two mines, the open-pit Iduapriem Mine, some 70km north of the coastal city of Takoradi, and the Obuasi Gold Mine, which is currently on care and maintenance. Other companies include Goldstone Resources, Central Africa Gold Ghana, Golden Star Resources, and Newmont Ghana Gold Limited.

Asanko Gold has also emerged as a new player in the industry and won the accolade of ‘Mining Company of the Year’ at the fourth Ghana Mining Industry Awards for its sterling 2017 performance as a producing gold mine. Asanko Gold Mine has the potential to become one of the largest mines in the country through two projects at Nkran and Esaase, situated in the western region of Ghana. The Project 5 Million and Project 10 Million are expected to increase production to 450,000 ounces a year.

Speaking at the awards gala, the governor of the Bank of Ghana (BoG), Dr Ernest Addison stated that Ghana’s major export commodities − oil, gold and cocoa − had performed strongly over the last two years. “Ghana has swung from a country that recorded trade deficits to one that is currently recording trade surplus,” he said.