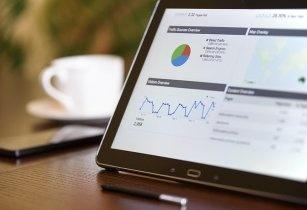 Real GDP growth in Africa is resilient despite global uncertainty, according to the European Investment Bank (EIB)

The EIB’s Banking in Africa” series: “Financing Transformation amid Uncertainty has noted that the African banks are optimistic about the future development of local markets.

It is the fifth edition of this economic report that analyses recent developments in the African banking sectors. Based on both macroeconomic and survey data, the report addresses structural issues and investment opportunities in Africa and frames policy options for all stakeholders.

“The EIB is committed to investment in Africa in partnership with countries and industry across the continent. The EU Bank has been active in Africa since 1963 and provided a total of US$51.26bn in financing since then,” said Werner Hoyer, president of EIB.

“Our new report aims to share understanding and knowledge of African investment trends, and contribute to debate about best practice in investment and financing. Investments are essential for sustainable growth, prosperity, and social progress in Africa. As the European Union’s bank, we will continue to work together with our partners to support sustainable investments, foster inclusive and resilient growth, and reduce poverty,” Hoyer added.

The study expected that economic growth in Africa is projected to accelerate moderately in 2020, due to strengthening demand. However, the current population growth rate means that GDP per capita will increase less than needed to ensure fast convergence with middle- and high-income economies, to make a significant dent in poverty and create enough jobs for the growing labour force.

The average debt situation of African countries shows signs of stabilisation, but there is a high risk of debt distress in several countries due to the high level of government debt, particularly non-concessional debt, and rising debt-servicing costs. There is a significant degree of heterogeneity across countries regarding the pace of recovery, medium-term prospects and debt sustainability.