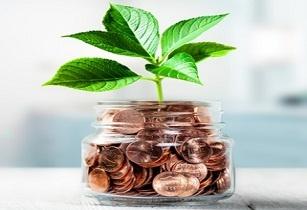 The new African Private Equity and Venture Capital Association (AVCA) report has revealed that the volume of total venture capital deals in Africa has increased from 140 in 2019, to 319 in 2020

Financials remains the most attractive sector for VC investment, followed closely by IT. Despite the decrease in value of VC deals in 2020, African entrepreneurs continued to innovate throughout the pandemic.

The report maps Africa’s start-up landscape between 2014 and 2020, and provides data and analysis on venture capital (VC) deal activity in Africa, along with information about the types of investors that have participated in those deals. The report also includes case studies covering prominent investments across Central, East and North Africa.

Start-ups in Africa are creating new market opportunities, having raised a remarkable US$1.1bn in a year that was undoubtedly a challenging year for private investment globally. The year 2020 saw a 2.2x increase in deal volume, compared to 2019, corresponding to more than a third of the 933 reported VC deals in Africa, between 2014 and 2020.

The Venture Capital in Africa report acknowledges the vital role of technology in driving economic growth in Africa, as 90% of all reported VC deals were in technology-enabled companies, operating across a variety of sectors. Financials accounted for the largest share of VC deals by both volume (22%) and value (26%) from 2014 to 2020, with Information Technology (18%) and Consumer Discretionary (16%), accounting for the second and third largest share of VC deals by volume within the same timeframe.

In terms of deal value, consumer discretionary sectors accounted for 22% of the total value of reported VC deals in Africa, which demonstrates investors’ interest in businesses that have remained resilient during economic crises, by responding to consumer needs. This includes e-commerce platforms, which represented 39% of companies operating within the consumer discretionary sector, which received venture capital funding in 2020.

South Africa remains a hub for VC activity in Africa, accounting for 21% of deals by volume. However, Egypt is increasingly gaining popularity among investors, attracting the second highest (16%) share of country-specific deals in Africa in 2020, perhaps owing to the Egyptian government’s prioritisation of policies that encourage innovation and empower entrepreneurs.

While fintech continues to attract a significant share of venture capital funding, the report finds that technology is increasingly playing an essential role in transforming traditional sectors, including health, agriculture, education and energy, as healthtech, edtech and agritech demonstrated significant growth in 2020.

AVCA CEO, Abi Mustapha-Maduakor, said, “The private sector remains essential towards sustained economic development of Africa, and it is great to see that investors and policymakers continue to believe in the role of small and medium sized enterprises in driving innovation and creating sustainable and inclusive growth on the continent.”

She added that this second edition of AVCA’s report on venture capital is timely, given the rate at which the start-up ecosystem in Africa is growing, and attracting diverse private capital from both foreign and domestic investors.

“African entrepreneurs are building the future, one innovative idea at a time and the world is watching. As the pan-African industry body championing diverse private investment into the continent, AVCA will continue to provide important data showcasing Africa as a prime investment destination with ample opportunity for financial return and impact,” Abi Mustapha-Maduakor further added.