Angolan GDP to drop to 1.5 per cent: Fitch Solutions 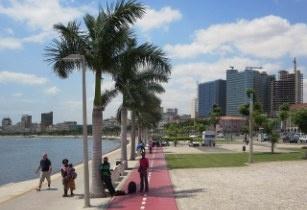 Angola is expected to have a 1.5 per cent GDP growth in 2018, given the growing tendency for the declining trend witnessed in oil production

On a memo sent to investors, to which the Portuguese news agency Lusa had access, some other Fitch analysts from the consulting company, which have no ties to the analysis in question, have said, “Although Angola will be most likely out of the recession trend for the next few quarters, the economic recovery will be weaker than expected previously, mostly due to the decline in oil production in the country.”

The government had estimated GDP growth to arrive at a 2.2 per cent threshold, in comparison to the 4.6 per cent estimate they’d announced previously, whereas the IMF predicted GDP to get to 2.3 per cent this year.

Private consumption and public investment are adding up to the economy and they shall make the economic growth move positively in the following years, with great potential coming from foreign investment and international financial aid, said the analysts.

However, the analysts alert, “In the long-term, the high exposure of Angola to the volatility of the oil sector will put the country under pressure and could induce the GDP growth estimates to go lower.”

The decreasing trend in GDP estimations emerged after “The announcement, by the Office for National Statistics, of data that shows the GDP had decreased by 2.2 per cent in the first quarter of the year, after it had already registered a negative growth of 2.6 per cent in 2016 and 2.5 per cent in 2017,” the analysts also noted.

Data has been updated also to accompany the changes in terms of estimates of oil production, which Fitch announced would go down over the next few years. “A big increase in production is no longer expected, given that the oil wells ready for exploitation will not be as much as desired,” concluded the analysts, stating that production is expected to go down by 1.9 per cent.