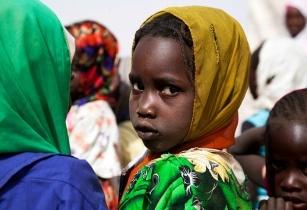 Social impact investment, which aims to improve well-being as well as earn a financial return, could be more effective if it was more clearly defined internationally with more measurable outcomes, according to a new OECD report

“Social Impact Investment: The Impact Imperative for Sustainable Development” calls for international standards to be applied on collecting data and measuring impact. The OECD has proposed defining social impact investing as targeting core development, social and environmental areas that help people and countries most in need in underserved or developing regions, and stipulating that the primary focus should be on delivering measurable impact.

The number of social impact investment funds has quadrupled in two decades to over 200 funds with US$228bn invested, more than half of that in emerging markets, according to the Global Impact Investing Network. The phenomenon is spreading to mainstream investment funds as wealthy investors and philanthropists increasingly want their money to also have a positive social or environmental impact.

Impact investing is proving to be crucial for channelling new resources – primarily funding but also innovation, accountability and sustainability – towards the UN Sustainable Development Goals. For example, a GBP 10mn bond that funded a UK non-profit, Golden Lanes Housing, which has provided adapted housing and related services for around 1,500 people with learning disabilities, was also able to return four per cent interest to investors.

According to the OECD report, about 45 countries have adopted public instruments related to impact investing, with the European Union (EU), the UK, Malaysia and France leading the way, and 20 have adopted a legal definition for social enterprises.

The report further said that governments should now do more to improve fiscal and regulatory incentives for impact investing and put in place the necessary legal structures for the market to function well. This could include updating financial and fiscal regulation, establishing reporting standards, and increasing flexibility into corporate legislation so that rather than having to identify as being for-profit or a non-profit, companies can be hybrids.