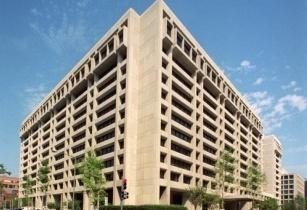 However, the ratings agency changed its outlook to "stable" from "negative" on the expectation that the IMF is likely to support the country, as its debt levels will remain "sustainable" according to the IMF's framework.

Moody's also cut Gabon's local currency and foreign currency long-term bond and deposit ceilings to B1 from Ba3 and expects its debt woes to remain in 2018.

According to the report, Gabon continues to be plagued by liquidity pressures and high debt despite the government's assurance that it would pay its creditors by the end of 2017.

Moody's had earlier downgraded Gabon to B3 from B1 in July last year as low oil prices hurt government finances and the country's ability to repay debt.

Gabon, a major oil producer in Africa, saw strong economic growth on the back of booming commodity prices.

However, a global supply glut sent prices to multi-year lows and has pushed many oil-dependent countries to diversify their economies even as their reserves dry up.

According to the World Bank, the oil sector on average has accounted for 45 per cent of Gabon's GDP and 60 per cent of budget revenue over the last five years.