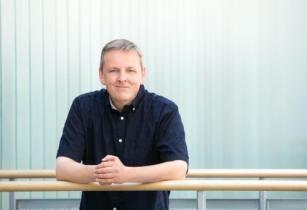 Advances in mobile technology have the capability to be a “game-changer” for social mobility, according to the CEO of disruptive fingerprint tech company Touch Biometrix

CEO Mike Cowin said that developments in biometrics present the greatest ever opportunity to give 3.5bn people worldwide access to an internet-enabled smartphone and, with it, the ability to bank online.

South Asia and eastern Africa are the regions that are the least advanced when it comes to smartphone adoption. In South Asia, there is a 30 per cent adoption rate while in eastern Africa it stands at 25 per cent compared to the global average of 50 per cent.

These people are called the ‘unbanked’ and there is a push now on to provide the technology to allow the unbanked to gain access to financial systems through mobile apps.

Cowin added, “Making financial services available to the unbanked through access to micro-financing or financial inclusion offers a unique opportunity in many developing parts of the world, such as sub-Saharan Africa, Indonesia, and large swaths of Asia, with the goal of providing their populations with affordable, quality banking and fostering economic development.

“Mobile phones were introduced to developing nations over a decade ago, yet biometrics as a form of user identification has not proceeded at the same pace as smartphone ownership,” he continued.

“We have the opportunity to achieve truly global financial inclusion using mobile phone technology to enrol the unbanked and to make it as easy as possible to use. The use of mobile biometrics is seen as the answer to the unbanked challenge and the technology exists to be able to do this in a way that is convenient, accessible, secure and, most significantly, cheap,” he explained.

Touch Biometrix’s fingerprint sensing technology will enable the auto-enrolment of new mobile users who do not have ID. Biometrics uses an individual’s fingerprint or face to prove who they are.

Cowin noted, “Ease of use is not the only factor. Affordability is the key and there is momentum in Asia to deliver a smartphone handset that is biometrically enabled and also meets the right cost point to serve this market. Around 134mn people in India still cannot afford the cheapest internet-enabled handset.

“Recent research has shown that with the right biometric technology there is even the potential to issue the smartphone for free and allow the user to pay in instalments or save to pay over a manageable time period. Imagine the number of people who could be helped with such an accessible technology platform,” he further added.

“It could enable the biggest shift in social mobility in modern times, a genuine game-changer for large swathes of the world,” Cowin concluded.