Employment in South Africa’s textile sector on the rise 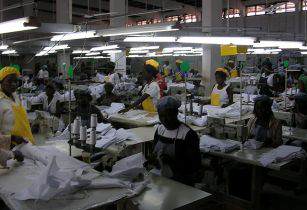 Employment levels in the clothing, textile, footwear and leather (CTFL) sectors in South Africa have increased, according to the quarterly employment survey (QES)

Following a few years of job losses, the CTFL industry in South Africa had started to witness stability in the industry last year. According to data from the latest QES for Q1 2015, there has been a YoY increase of 1.5 per cent in the number of employees across the CTFL industry from March 2014 to March 2015. In absolute numbers, CTFL employees increased from 87,386 to 88,657.

In the 12-month period, the highest increase in the number of employees was in the leather sector, which saw employees increase by 4.5 per cent. In second place was the footwear sector where employment rose by 3.3 per cent, followed by the textile sector which has 1.5 per cent more employees. The clothing sector followed last with an increase of 0.8 per cent in its employees.

On a quarter-on-quarter basis, the CTLF industry saw a 1.5 per cent increase in the number of employees from December 2014 to March 2015. The highest quarterly increase was in the leather sector, which went up 3.9 per cent. Next was the textile sector, which rose by 2.9 per cent, followed by the clothing sector which increased by 1.5 per cent. The footwear sector registered a decline in the number of employed by 3.8 per cent over the last quarter.

Southern African Clothing & Textile Workers’ Union hailed the development in a statement, calling it an endorsement of the government’s support for the industry and its own campaign increasing for jobs in the industry.