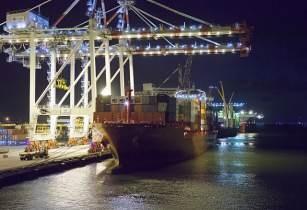 Japan has decided to loan US$270mn to Kenya to expand the Mombasa Port, which is a key trade gateway to East Africa

Henry Rotich, cabinet secretary of Kenya’s National Treasury stated that the loan would be used to develop the port, including the construction of a new container terminal at berth number 22.

“The ongoing funding is a clear testimony of the Japanese government’s support of our infrastructure sector, whose completion will provide handling equipment to facilitate trade and economic development in Kenya and entire region,” said Rotich when he signed the deal in Mombasa, Kenya.

Tatsushi Terada, Japanese ambassador to Kenya added that the project would enhance container handling capacity at the port, noting that his government is committed to helping Kenya implement port development projects.

The Mombasa Port handles fuel, consumer goods and other imports for Uganda, Burundi, Rwanda, South Sudan, DR Congo and Somalia, as well as tea and coffee exports. According to port authorities, container traffic reached one million TEUs in 2014, up by 11.9 per cent from 2013. Capacity is expected to reach 1.3mn TEUs in 2015, added authorities.