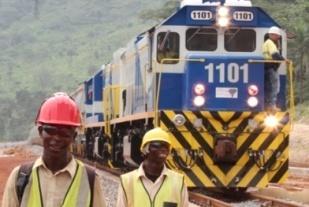 According to the International Rail Journal, the 2.24MW locomotives will be used to haul iron on the 200km line from the Tonkolili mine to the Atlantic port of Pepel.

The Tonkolili mine is expected to produce 15-20 million tonnes of iron per year.