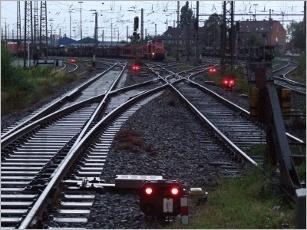 With a feasibility study having been completed three years ago, the construction of the US$4.7bn railway line linking Rwanda, Burundi and Tanzania is to begin in 2014

This is after the three governments finalise fund-raising activities. The Tanzania-Rwanda-Burundi line will boost economic and social development through regional co-operation.

At the same time, Tanzania and Uganda have reached a consensus that the proposed joint commercial rail track running from Tanga-Arusha-Musoma to Kampala, will not cut through the Serengeti National Park, thus ending a long-standing row between the two countries.

“The railway line will be constructed 100km south of the Serengeti National Park border and will thus not interfere with the ecosystem,” said Omari Nundu, Tanzania’ Minister for Transport in an interview with regional media.

Tanzania and Uganda recently signed an agreement with China Civil Engineering Construction Corporation for the Tanga-Arusha-Musoma railway project. The project, worth US$3bn will include the construction of an 880km railway line, the Mwambani port in Tanga, Musoma dock and another at Port Bell in Uganda. The project is expected to be completed by 2015.

Freight will be conveyed from Musoma dock by ferry to Port Bell pier in Uganda — about 350km.

A rail connection will also run via Tororo to Gulu – nearly 600km. Another line roughly 250km, will also be constructed to Juba, and a further 550km to the Wåo railhead in South Sudan.

According to officials, the design, engineering studies and development of financial, legal, institutional and regulatory frameworks have been completed. Eventually, it is hoped that a railway system that connects the agricultural, mining and industrial hubs of the three countries to the port of Dar-es-salaam will be developed.

The railway line is also expected to reduce non-tariff barriers to trade, particularly transport costs and delays caused by road transport. Two Tanzanian ports-Tanga and Musoma will be dedicated to cargo traffic destined for Uganda and South Sudan.

In the recent past, environmentalists have vehemently opposed the development of road or rail lines through the internationally famed Serengeti National Park.