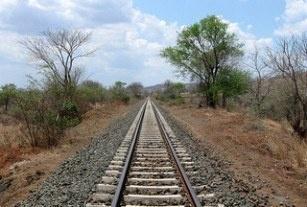 The Nigerian government has signed an agreement with China Civil Engineering Construction Company (CCECC) sanctioning a US$1.49bn railway development project in the west of the country

Construction of the standard gauge rail double track, stretching from Lagos to Ibadan, has been scheduled for completion within 36 months.

Speaking to Nigerian daily The Nation, minister of information Labaran Maku explained, “The standard gauge line is going to run between Lagos, Ibadan, Ilorin, Minna, Kano and there would be a phase that will take off from Minna to Abuja.

“For quite a while, the President has given a lot of attention to the transport sector, particularly the development of the railways,” he added.

CCECC was initially awarded the project in 2006; lack of funds, however, meant that the agreement could not be finalised until now.

A change in the cost and size of the Abuja Rail Mass Transit Project was also announced, with the length decreased from 60.67km to 45.25km, which in turn decreases the overall cost to approximately US$824mn.

Maku said he expected the development to generate more than 5,000 employment opportunities.