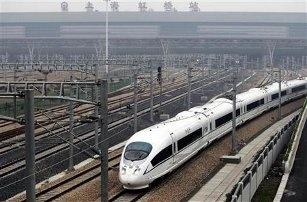 South Africa embarks on a comprehensive rail upgrade putting rail at the centre of the freight and commuter movement.

An initial estimate for the road sector alone is R75bn just to deal with the maintenance backlog, R93bn for commuter rail services and an investment of between R260 to R300bn for Shosholoza Meyl.

South Africa is embarking on a comprehensive rail upgrade aimed at putting rail "at the centre of our freight and commuter movement", says Transport Minister Sbu Ndebele. "It is rail, not private cars, that is the future of our public transport system."

Addressing media briefing at Parliament in Cape Town on Tuesday in his capacity as chairman of the infrastructure development cluster of government ministries, Ndebele said the modernisation and upgrade of South Africa's long-distance passenger and freight infrastructure ws an urgent matter that could be delayed no longer.

"At the same time, as we build congestion-free highways in Gauteng, we are also engaging in a comprehensive rail upgrade that looks at placing rail at the centre of our freight and commuter movement," he said.

'Rail is the future'

"It is rail, not private cars, that is the future of our public transport system," he said.

The Gautrain was one significant new part, being completed in June 2011, that would ease commuter movement in Gauteng.

But, at this life cycle stage, rail required yet more investment in that province and elsewhere in the country "if we are to move cars and appropriate goods onto trains".

The average age of the country's locomotive fleet, operated by Shosholoza Meyl on all routes nationally, was about 33 years.