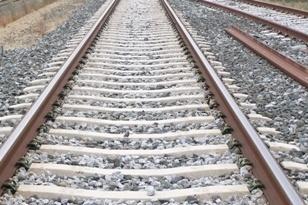 North West Rail Company will build a US$500mn rail line from Chingola to Lumwana in Solwezi, which will attempt to facilitate the transportation of goods between the North-Western and Copperbelt provinces

According to an Environmental Impact Assessment (EIA) report obtained from the Zambia Environmental Management Agency (ZEMA), the proposed rail line will start from an existing rail line that formerly belonged to Zambia Consolidated Copper Mines (ZCCM) in Lulamba township in Chingola, and travel through Solwezi to Lumwana, covering an estimated distance of 254km.

From Lulamba township, the proposed line will run on the southern side of the Chingola-Solwezi road for 15km, after which it will cross onto the other side of the same road. The line will then run through various places to Kansanshi mine area and continue onto Lumwana.

"Auxiliary components of the project include a signalling system, operation of fuel storage facilities, a camp site equipped with a water supply system, power and communication facilities and a logistics office," stated EIA report.

"The project will also involve use of cranes for moving heavy items and materials and the estimated financial investment into the project is US$500mn," the report added.