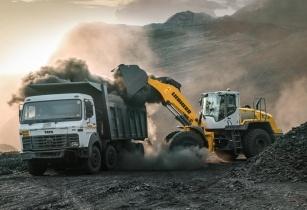 Liebherr has launched three largest wheel loaders in the wheel loader series with the new L 550, L 566 and L 580 models

Liebherr has offered a series of wheel loaders, tailored to markets outside of Europe and North America. It has developed the three new models at the Bischofshofen plant, its long-standing Centre of Excellence for Wheel Loaders. The wheel loaders feature an increased tip load, bucket sizes and engine power along with a new electrohydraulic pilot control. This technology forms the basis for various intelligent features which increase safety and productivity during daily use.

“We also analysed our international customers’ demanding wheel loader operations over a long period. This included observing different mining operations around the world, some in Africa and South America, coal handling in India and timber work in Russia. Our customers’ experiences were crucial to the development of the new wheel loader series,” explained Wolfgang Rottensteiner, responsible for sales of the wheel loader series at Liebherr-Werk Bischofshofen GmbH.

The new L 550, L 566 and L 580 wheel loaders feature the proven hydrostatic Liebherr travel drive. With an increase in engine power of approximately 17% for the L 550 - the travel drive is even more powerful while maintaining the same low fuel consumption.

Liebherr has three lift arm versions on offer for the new models. Firstly, the z-bar kinematics, which come to the fore particularly in the lower lifting range and for the break-out force. Secondly, the industrial kinematics, which have been designed for working with heavy working tools such as high dump buckets and log grapplers. Finally, there are the High Lift lift arms, an extended version of the z-bar kinematics with the longest lift arms in this wheel loader segment. These ensure greater reach and more productive loading procedures at great heights, beneficial when loading railway wagons or lorries with high sides.