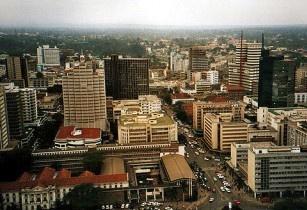 Kenya awarded a contract worth US$390mn to Italian Impresa Construzioni Guiseppe Maltauro (ICM) for the construction of the country’s first smart city Konza, which is a key plank of Kenya’s ambition to become East Africa’s technology hub

As per the contract, the engineering, procurement, construction and financing (EPCF) contractor ICM will oversee the building of roads, water and sewerage infrastructure of the 400 acre of the project.

According to the Konza Technopolis Development Authority (KOTDA), the construction of the smart city will start in July 2017, and ICM will design the infrastructure for the phase one of the project, procure the necessary material and equipment and build basic amenities.

Also, the tender documents of the project show that the EPCF contractor will oversee the building of 40 km of landscaped streets and parks. The company will further set up water distribution, sewage collection and treatment facilities in the planned Konza smart city.

KOTDA said that ICM is also expected to build a water reclamation plant and a reservoir for the city.

Kenyan government explained that the construction of Konza has been delayed for years, partly due to lack of funds.

In the wake of South Korean government’s commitment in 2016, to build a technology institute worth US$100mn in the city, the interest returned for the construction of the project.

As part of the development plan of the project, Konza recently invited investors to bid for 150 parcels of land in the 400 acre of the phase one. KOTDA said that th private investors will build schools, a petrol station, business process outsourcing (BPO) campuses and tech incubation hubs in the smart city.

Established in 1922, ICM has maintained a strong interest in the construction of roads, hydraulic and infrastructural works as well as civil engineering. Since 2016, the Vicenza-based company has been looking forward to expanding its operations beyond Italy.